To help you get through this long quarantine of COVID-19, I’ve prepared a list of 9 photography documentaries that you can’t miss on Netflix. A careful selection with the titles that inspired me the most and why they are worth watching.

Perhaps one of the most beautiful series produced recently about photography, Tales By Light, surprises and inspires with the work and passion of professional photographers of different genres. Among them Eric Cheng, Art Wolfe, Jonathan e Angela Scott, Richard I’Anson, Darren Jew, Krystle Wright, Jim Abernethy, and Simon Lister.

Although it is a 2015 title, it is still current and worth seeing. The photographer Yann Arthus Berthrand always makes us think, this time analyzing the relationship between humans and other species living on Earth, showing how we are moving further and further away from nature. An incredible work, like all the other documentaries of his series, always accompanied by impressive images and the fact that besides showing us the problem, he also tries to offer a possible solution.

Are you interested in the environment? Take a look at the Fundación Good Planet, founded by Berthrand in 2015 with the aim of promoting ecology and sustainable development.

3. Our Planet – Behind The Scenes

Have you ever dreamed of being part of a production team? This documentary will take you on an incredible journey, to some of the most beautiful places on the planet, showing you the hard work and determination of a production team. You will feel part of this difficult process of creation and learn from their experience, you will understand what is behind these amazing images.

With this documentary, photojournalist Hernan Zin is looking for answers about himself and the incident in Afghanistan that changed his life forever. He does this through a series of interviews with other Spanish journalists, telling about the traumas, losses, and fears caused by this profession. An important testimony, not only to try to understand the impact these situations have on a person but also to remember those who have fallen in the war, working to keep the world informed. A “must” for students and lovers of photojournalism.

5. On Yoga, The Architecture of Peace

A really interesting documentary on yoga told through the experience of photographer Michael O’Neill, who at some point in his life suffers a shoulder injury that, according to doctors, would end his career.

Once healed through yoga, O’Neill realized that true and authentic yoga was not getting the attention it deserved. Thus was born the idea of this documentary, which accompanies us through the wonderful images he has taken during the 10 years he spent in the company of the great masters of this discipline.

A documentary that follows the life and career of famous American war photographer Chris Hondros, driven by his commitment to witnessing the wars of our time. A journey through conflict zones such as Kosovo, Angola, Libya, Sierra Leone, Afghanistan, Kashmir, Palestine, Iraq, and Liberia. A short but intense career, with a tragic ending, Chris’ death in Libya in 2011.

A must-see series for photography enthusiasts. The use of new ultraviolet technologies made it possible to document in high definition the beauty of nature at night in different scenarios on earth.

Also available on Netflix is an interesting “behind the scenes”, which shows the effort of the crew to capture the incredible images of the documentary.

This series is divided into 8 chapters that tell the daily life of 8 design professionals. Among them the English portrait and documentary photography Platon, which shows us in detail his creative process. A chapter that inspires, discovering the story of a photographer capable of capturing the soul of the greatest contemporary influential figures.

Platon is also the founder of The People’s Portfolio, a non-profit organization that uses storytelling to document humanitarian efforts around the world.

9. The Photographer of Mauthausen

This film tells the true story of Spanish photographer Francisco Boix, who was a prisoner of war in the Mauthausen concentration camp. He was a key witness during the Nuremberg trial, between 1943 and 45 he hid thousands of negatives with the help of other prisoners, hoping to show the world the atrocities committed by the Nazis. A film not to be forgotten, which highlights the value of photography as a means of documentation.

Did you like the article? Let us know in the comments below which documentary you liked the most and why! 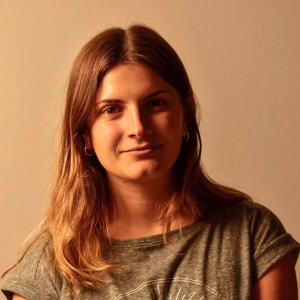 I study Audiovisual Design and I love photography. In 2018 I took the Travel Photography Course with Nicholas, where I learned to find and improve myself as a photographer. Since 2020 I collaborate in this blog.
All Posts »

Black and White vs Color Photography

The world through the eye of Steve Davey